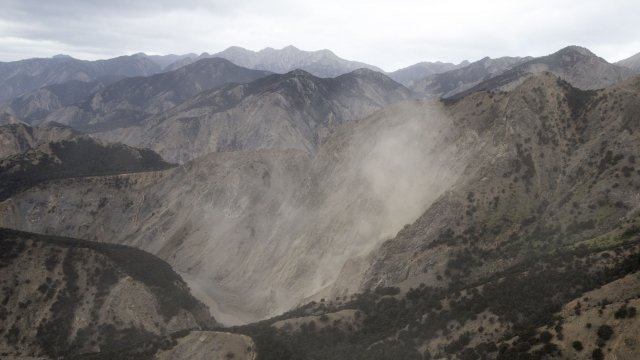 By Sebastián Martínez Valdivia
November 23, 2018
Geologists have described the 2016 quake as possibly the most complex earthquake ever studied.
SHOW TRANSCRIPT

New Zealand's South Island is moving north. That's according to a geologist, who has been analyzing the island's movement since the 2016 Kaikoura earthquake.

Geologist Sigrún Hreinsdottir told New Zealand outlet Stuff that parts of the South Island have moved close to two feet compared to before the quake. That shift has continued, although Hreinsdottir said recent measurements show it has slowed.

For perspective — the tectonic plates that make up the earth's crust are moving constantly, but usually in tiny increments of a couple centimeters a year. New Zealand sits on a boundary between two of those plates.

Geologists have described the 2016 Kaikoura earthquake which caused the shift as possibly the most complex quake ever studied. In addition to shifting the South Island north, the quake involved at least a dozen different faults, and even raised the sea bed several feet on parts of the island.