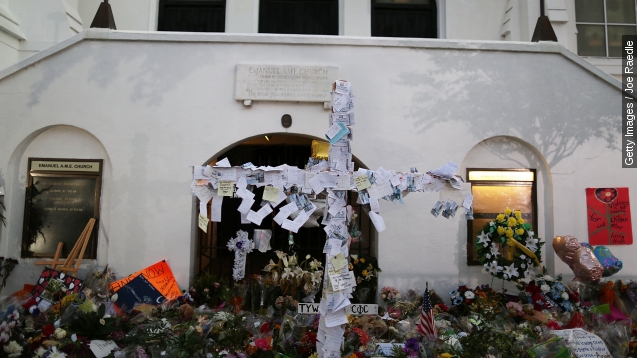 SMS
Dissecting The Complex Hate Crime Law Debate
By Steven Sparkman
By Steven Sparkman
June 23, 2015
Although the federal government and 45 states have some form of hate crime laws, opposing the laws on principle has become popular in certain circles.
SHOW TRANSCRIPT

"There's something wrong there. People see that it's a hate crime, yet there's no law," MSNBC political analyst Eugene Robinson said.

Although 45 out of 50 states have hate crime laws on the books and there's a push to pass hate-crime bills in South Carolina, the laws are still controversial.

Polling data on support for hate crime laws is tricky to interpret. Rasmussen Reports found in 2011 that 39 percent of Americans favored increased penalties for crimes motivated by the victim's characteristics. A YouGov poll from 2015 saw much higher support, 56 percent, although the survey question included the phrase "hate crimes."

But even support from 56 percent of the public isn't exactly overwhelming, and that shouldn't be a surprise. In certain circles, it's become very popular to criticize hate crime laws.

"That made the most sense of any presentation I've heard in the last three years," said the characters of Comedy Central's "South Park."

For a little background, the Department of Justice says hate crimes deserve extra punishment because the effects ripple beyond individuals to the entire community:

"They send a message of fear and terror based on a foundation of bigotry. When a person is targeted because of his or her identity, community members who share the victim's identity may also feel unsafe and threatened."

Hate crimes are difficult to prove, and that's by design. In the Charleston case, prosecutors will have to demonstrate not only that the defendant intended to carry out the attack but also why. (Video via Charleston County, South Carolina)

"The challenge in these cases is always to establish the racial motivation. Frequently that's murky. In this case, it appears that it may not be murky at all," former Deputy Assistant Attorney General William Yeomans told C-SPAN.

But the extra step of going beyond establishing intent into probing peoples' motivations is one of the things that's so controversial about hate crime laws.

"Some people think a hate crime is a thought crime, and there shouldn't be some separate category. A crime is a crime. … That's what I believe," HBO's Bill Maher said.

"That's totally what I believe. I don't want the government in any way getting into my mind," Andrew Sullivan said.

"Proposed legislation could silence the church and muzzle the gospel of Jesus Christ," an ad from the Family Research Council said.

There are also some misconceptions about hate crime laws that lead many people to view them as unfair, like the idea hate crimes only apply to victims who belong to a minority group.

"Hate crime laws are totally unnecessary. All the violent acts you can think of against another person, I can assure you, is already against the law," the Cato Institute's Tim Lynch told C-SPAN.

"I just don't think there's any evidence that they're preventing crimes before they happen. That's what we need to focus on," Jimmy LaSalvia, co-founder of now-defunct GOProud, told Fox Business' John Stossel.

According to the Bureau of Justice Statistics, incidents of hate crime remained more or less steady over the period from 2004 to 2012, during which more states and the federal government expanded their hate crime protections.

This video includes an image from Ed Brown and music from Chris Zabriskie / CC BY 4.0.