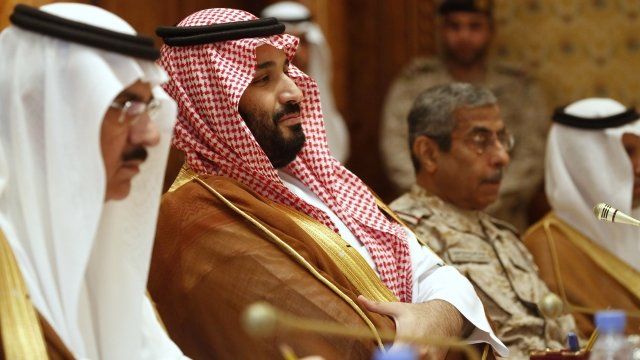 A diplomatic dispute between Saudi Arabia and Canada has sharply escalated in recent days — and it all started with a tweet.

Canada's foreign ministry tweeted on Friday it was "gravely concerned" about the detention of Saudi women's rights activists and called for their "immediate release."

The Saudi kingdom didn't take that lightly. In its own Twitter thread, the Saudi Foreign Ministry said Canada's comments were "overt and blatant interference in the internal affairs of the Kingdom" and a "grave and unacceptable violation of the Kingdom's laws and procedures."

The kingdom followed up by expelling the Canadian ambassador, recalling its own ambassador and freezing new trade and investment with Canada. It also began to sell its Canadian assets, canceled direct flights from Saudi Arabia to Toronto and began transferring Saudis receiving medical care in Canada to hospitals in other countries. Now it plans to relocate thousands of Saudi students, including medical residents, who are on scholarship in Canada.

Analysts see heavy-handedness of Saudi Arabia's response as in line with other measures the kingdom has taken since Mohammed bin Salman was named crown prince and next in line for the throne. Most notably, Saudi officials jailed hundreds of other princes and business elites in what was called an anti-corruption purge.