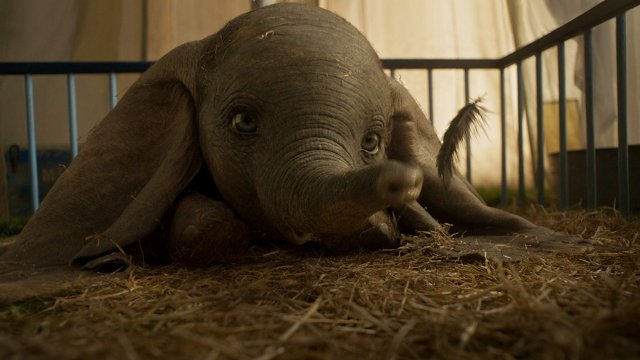 Taking the No. 1 spot this week is Tim Burton's remake of the 1940s classic "Dumbo" bringing in an estimated $45 million in its debut weekend. That's about $5 to $10 million less than analysts were expecting.

It's also well behind Disney's last live action remake "Beauty and the Beast" which brought in nearly $175 million in its opening weekend and went on to pull in $1.2 billion worldwide.

Now, with so many live action flicks on the horizon from Disney Pictures we can't expect everything to perform like Emma Watson's "Beauty and the Beast" but "Dumbo" cost the Mouse House $170 million to produce, notably more than Beauty and the Beast,  which adds a little extra pressure for this film to perform.

"Dumbo" carries a 50% on Rotten Tomatoes which isn't quite fresh but is a whole lot better than Tim Burton's last go 'round with Disney. 2016's "Alice Through the Looking Glass" was panned by most moviegoers and critics and ultimately couldn't break even ($77M) at the domestic box office.

Falling to No. 2 this week is "Us" bringing in an estimated $33.6 million in its sophomore weekend. That's a much more significant week to week drop in ticket sales than "Get Out" had but it's important to remember "Get Out" didn't have nearly the fan fare "Us" has enjoyed leading up to its release.

In general, horror films fall pretty hard their sophomore weekend, about 60% on average, which makes this hold for Jordan Peele a solid box office showing.

Last but not least this week is "Captain Marvel" bringing in an estimated $20.5 million in its fourth week out.

As for next week, teenagers really shouldn't have super powers.