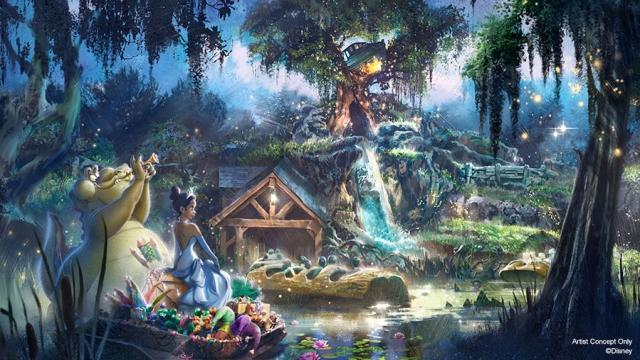 More than 20,000 people signed a petition to rework the ride, which is currently based on "Song of the South."

Disney's popular Splash Mountain log flume ride will be "completely reimagined" around "The Princess and the Frog."

"The Princess and the Frog" featured Disney's first Black princess back in 2009. Amid national protests and demands for racial justice, more than 20,000 people have signed a petition to make it Splash Mountain's new theme.

Although some people have made a petition to keep Splash Mountain the way it is, Disney said it started planning to switch to a "Princess and the Frog" theme last summer after years of talks about the ride's current theme, "Song of the South."

On Thursday, the company said: "The retheming of Splash Mountain is of particular importance today. The new concept is inclusive — one that all of our guests can connect with and be inspired by, and it speaks to the diversity of the millions of people who visit our parks each year."

Disney's 1946 musical "Song of the South" has been largely unavailable in the U.S. for the last 33 years because of its racist and offensive portrayals of Black people. The ride at Disney theme parks focuses on the fables from the musical with talking animals and features the song "Zip-a-Dee-Doo-Dah" from the film.

The new ride, which has a working title of "New Adventures With Princess Tiana," will be based on a musical adventure of Princess Tiana and Louis as they prepare for their first Mardi Gras performance.

The ride will be at Disneyland in California and Magic Kingdom in Florida. Disney says Imagineers will be begin conducting preliminary reviews and a timeline for when the transformation will start.