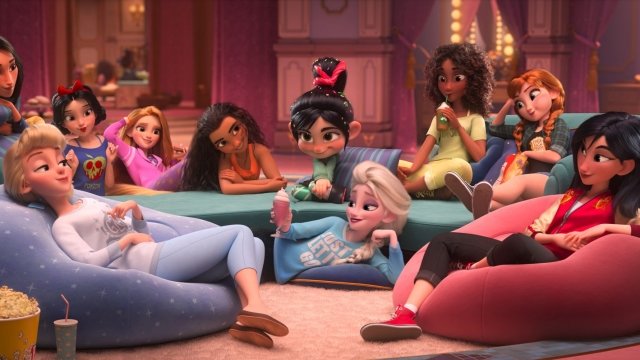 By Katherine Biek
September 24, 2018
Critics pointed out that the Princess Tiana in "Ralph Breaks the Internet" looked different from the version in 2009's "Princess and the Frog."
SHOW TRANSCRIPT

Disney is making some last-minute changes to its upcoming animated flick "Ralph Breaks the Internet."

Studio animators are redrawing Princess Tiana, who makes an appearance in the "Wreck-It Ralph" sequel alongside other Disney princesses.

After trailers for "Ralph Breaks the Internet" were released, critics pointed out that Tiana had lighter skin and slimmer features than she did in 2009's "The Princess and the Frog."

In somewhat of a happily ever after for fans of Disney's first black princess, the studio decided to go back to the drawing board.

The Wall Street Journal reports Disney worked with both Anika Noni Rose, who voices Tiana in both movies, and the advocacy group Color of Change as part of its reanimation process.

The group called "Disney's decision to restore Princess Tiana's image to that of an unapologetically Black princess with full lips, dark skin and dark hair" a victory in a statement to news outlets.

"Ralph Breaks the Internet" is scheduled to hit theaters Nov. 21.