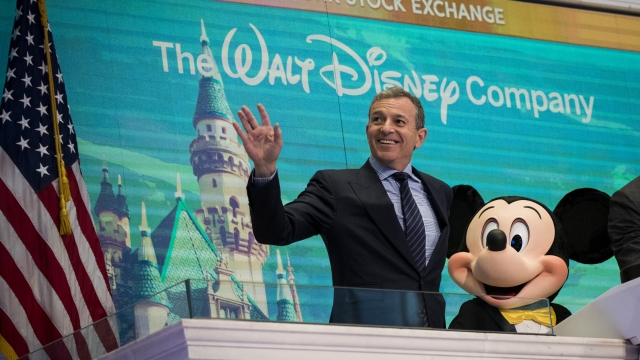 The Walt Disney Company, in its first earnings call since the launch of Disney Plus, beat analyst expectations.

"We believe the subscriber growth to date and the overall reaction to Disney Plus reflects a variety of factors that include the uniqueness of the service, an excellent user interface, and the high quality of our brands and content."

The Walt Disney Company just released its first quarterly earnings report since launching Disney Plus, and it confirmed just how big the streaming service is for the House of Mouse.

During a call with investors, Disney CEO Bob Iger reported that the platform reached 28.6 million paid subscribers — beating most analysts' expectations. With that number, Disney Plus is now one of the top five most popular streaming services in the U.S. It only trails Netflix, Amazon Prime Video and Hulu, which is also owned by Disney.

Beyond subscriber numbers, Iger also highlighted the critical success of the Star Wars series "The Mandalorian" and its breakout character The Child, better known by fans as "Baby Yoda."

"Of course, I'd be remiss if I didn't mention a certain child in 'The Mandalorian,' who has taken the world by storm. I do believe the sensational response to this new character says so much about Disney Plus and our company's ability to connect with audiences."

The research firm Parrot Analytics recently honored "The Mandalorian" as the "Most In-Demand Series Debut in the World" — beating out Netflix's "The Witcher."

Going forward, Disney Plus plans to double down on its original series, announcing more launch dates for shows like "The Falcon and the Winter Soldier" and "WandaVision"

Beyond its slate of original series, Disney Plus also announced that it will launch in more countries in Europe, as well as India, in the spring.