Disney Hopes Big Investments Can Shake Off Its Financial Blues 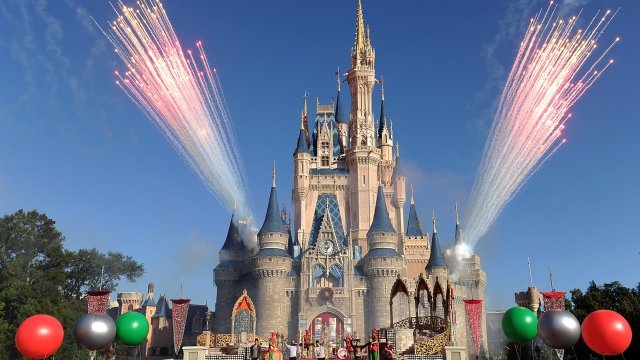 Despite some box office hits, Disney is having a rough year financially. To turn things around, the company is planning to make major investments into streaming services, movies and theme parks.

CEO Bob Iger announced Thursday the company is developing a live-action "Star Wars" TV series to air exclusively on its new streaming service, which will be out in 2019.

Iger also revealed the name of Disney-owned ESPN's new streaming service on Thursday. ESPN Plus is expected to launch in the spring of 2018. It will stream ESPN programming such as live sporting events.

That announcement came on the same day ESPN said it plans to lay off at least 100 employees for the second time this year. Falling cable and satellite subscriptions are likely to blame.

In August, Disney announced it would acquire a majority share in the BamTech media company to help launch both streaming services.

And Disney is really leaning into the philosophy of spending money to make money — it's also planning to dump about $1 billion into its theme parks next year.