Disney Is Banking On Its Money-Makers For 4 More Years 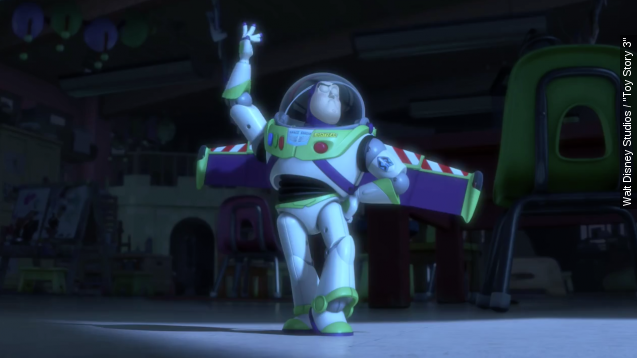 SMS
Disney Is Banking On Its Money-Makers For 4 More Years
By Cody LaGrow
By Cody LaGrow
October 8, 2015
Disney released a list of 19 films we can expect by 2020, including "The Incredibles 2" and "Cars 3."
SHOW TRANSCRIPT

That's right, Woody. The day has finally arrived when you get to find out when your favorite Disney movies make their much anticipated return.

Disney dropped the release dates for 19 movies through the year 2020, and returning to the big screen are some of the biggest animated blockbusters of all time.

The much anticipated sequel of "The Incredibles" is on its way. But don't run as fast as Dash would to the theater. "The Incredibles 2" will be here in about four years.

"Cars 3"  will be here a little sooner and is sure to explode at the box office, set for release in summer 2017.

The latest "Toy Story" has been pushed back a year. The film that started it all for the Disney/Pixar brand will see its fourth installment hit theaters in July 2018.

Other honorable mentions with release dates in 2018 include "Ant-Man and The Wasp" and four untitled live-action fairy tales.

So what does this mean for Disney? It means it's bringing back the movies that make them the most money.

The "Toy Story" trilogy alone has already earned nearly $2 billion at the box office. "Toy Story 3" stands as the third-highest grossing animated film of all time, behind Universal Pictures' "Minions" and another Disney smash, "Frozen."

But it's not like Disney is hurting for cash. The studio also beat its previous record and passed the $4 billion mark at the global box office — a number it didn't reach until mid-November last year.