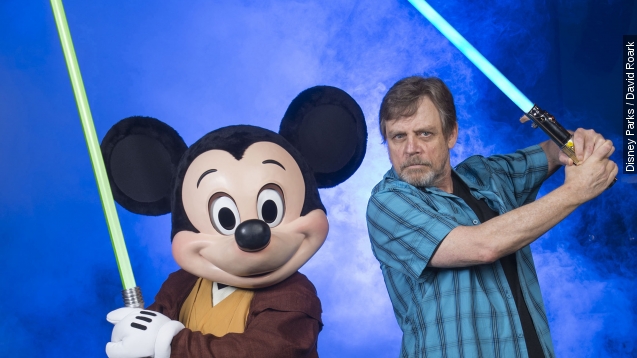 December's release of the new "Star Wars" movie may not seem far, far away. But for a Houston-area man with a rare form of cancer, a month could've been too long.

The hashtag #ForceforDaniel exploded on social media, as people rallied behind Daniel Fleetwood urging Walt Disney Studios to grant his dying wish — to see "Star Wars: The Force Awakens" before its official release. According to a Facebook post from Fleetwood's wife, that wish was granted Saturday: she wrote "in the amazing typical Disney way, they really do make dreams come true!"

J.J. Abrams played a part too. Fleetwood's wife says the director called himself to deliver the news of the viewing.

As for Fleetwood, he's living months past when his doctor told him he would. He says it's because of "Star Wars," but as you heard, he doesn't think he has much longer. According to the Facebook post, Fleetwood viewed the new "Star Wars" from the comfort of his living room.