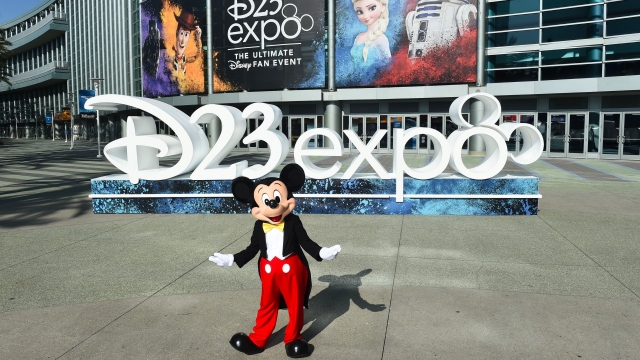 Disney+ will begin streaming on November 12. The platform will reboot older shows like "Lizzie McGuire," "The Muppets" and a "High School Musical" series, along with plenty of live remakes like "Lady & the Tramp," "Mulan" and "Cruella de Vil." The panel also made big announcements for films like a sequel for "Black Panther "and a new teaser of "Star Wars: The Rise of Skywalker." Plus, exciting news for "Game of Thrones" fans, Kit Harington will be joining the Marvel Universe in the 2020 film, "Eternals."

One of Pixar's original films for 2020 is "Soul," which explores who we are, why we're here and how a soul gets their quirks, passions and dreams before living in a human world. The other original release for 2020  is "Onward," a magical journey of two brothers in a fantasy world searching for their dad.

Other news, like the "Spider-Man" franchise leaving the Marvel Cinematic Universe, was announced during the exposition because of issues between Disney and Sony. But, Marvel fans shouldn't be too disappointed, because Spider-Man will still be a part of the Avenger's theme park coming to Disneyland. The D23 panel released new details about its new Marvel Cinematic Universe theme park where guests can join Avengers to save the world.

Disney has already made $8 billion globally this year and still has three more films to release before 2019 is over — "Maleficent: Mistress of Evil" in October, "Frozen 2" in November and "Star Wars: The Rise of Skywalker" to end the year in December.

The new streaming platform will likely be bundled with ESPN+ and Hulu, according to a top executive at Disney.