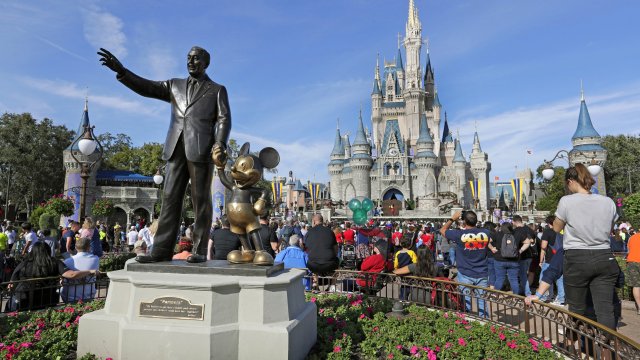 By the end of the weekend, every Disney theme park across the globe will be closed because of the coronavirus outbreak.

The company first announced Thursday it would close its Disneyland Resort in Anaheim, California, after the state's governor banned non-essential gatherings of more than 250 people.

Although Gov. Gavin Newsom's order does not apply to theme parks, casinos or movie theaters, he praised Disney's decision, saying it was "the right call."

Both the Disneyland Park and Disney California Adventure will shut down from Saturday, March 14, through the end of the month. Disney is keeping its hotels in the area open for a few extra days to give guests time to make travel accommodations.

This is only the third time in history that Disneyland has shut down. The first was in 1963 for a national day of mourning after President John F. Kennedy was assassinated. The second was in 2001 after the Sept. 11 attacks.

After announcing it was closing its California parks, the House of Mouse later decided to close its theme parks in Florida and Paris through the end of March. Walt Disney World and Disneyland Paris will close their doors Sunday night.

Disney's theme parks generated $21.6 billion in revenue for the company in its 2019 fiscal year. It's already estimated it'll lose hundreds of millions of dollars in profits while the parks remain closed.