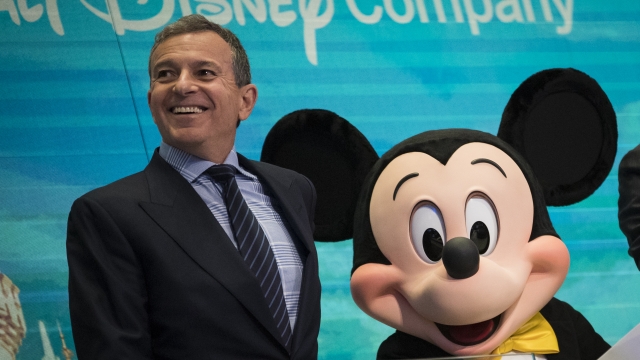 SMS
Disney CEO Bob Iger Steps Down
By Ahmed Jawadi
By Ahmed Jawadi
February 25, 2020
After serving as CEO for 15 years, ​Iger said he's going to focus more on the creative side of the company.
SHOW TRANSCRIPT

Bob Iger has stepped down as CEO of the Walt Disney Company.

In a company conference call on Tuesday, Iger said that after serving as CEO for 15 years, he felt the time was right to move on and focus his efforts "more on the creative side" of the business.

"Thinking about what I want to accomplish before I leave the company at the end of 2021, getting everything right creatively would be the No. 1 goal," Iger said. "I could not do that if I were running the company on a day-to-day basis."

Iger took over as CEO following the resignation of Michael Eisner. The company experienced record growth during Iger's tenure, and he oversaw the House of Mouse's acquisitions of Pixar, Marvel, Lucasfilm and 21st Century Fox. He also oversaw the opening of Shanghai Disney Resort and helped launch the company's streaming service, Disney Plus.

Disney announced in a press release that Bob Chapek, who most recently served as chairman of Disney parks, will take over as CEO "effective immediately." Iger, meanwhile, will stay on as the company's executive chairman until the end of his contract on Dec. 31, 2021.

Iger praised Chapek as someone who "has proven himself exceptionally qualified to lead the Company into its next century," and said he looks forward to working with him as he transitions into the new role.