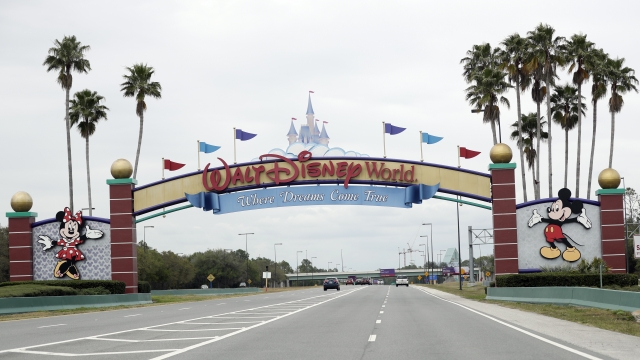 Disney is the latest major company announcing furloughs amid the coronavirus pandemic.

Disney said in a statement, "with no clear indication of when we can restart our businesses, we’re forced to make the difficult decision to take the next step and furlough employees whose jobs aren’t necessary at this time."

Disney said it will begin furloughing non-union workers including executive, salaried and hourly employees as of April 19. The company says it will continue paying its employees over the next two weeks. After that, Disney said it will pay health care benefits and premiums during the furlough period, and furloughed employees can use paid time off. They will also be eligible to apply for an additional $600 a week in unemployment benefits as part of the federal stimulus plan.

Disney's U.S. theme parks in Anaheim, California, and Orlando, Florida, have been closed for weeks now. Its hotels as well as its cruise line have also paused operations indefinitely.

Additional reporting by Mike Scheider of the Associated Press