Disney Adds Another Item To Your Bucket List: Shanghai Disneyland 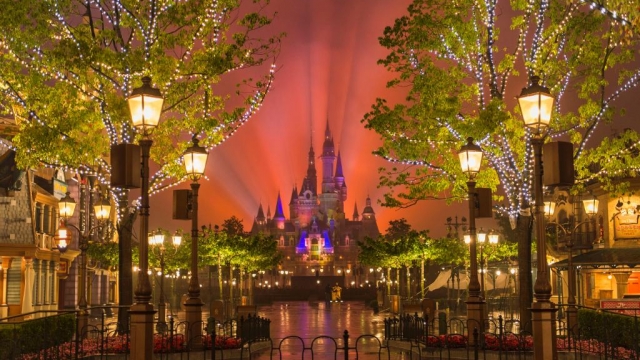 Shanghai Disneyland is officially open for business as the House of Mouse tries to take advantage of the huge Chinese market.

It's one of Disney's biggest projects to date, with grounds that span nearly a thousand acres. And the castle at the center of it all is its tallest yet at about 197 feet.

There's no iconic Main Street as you walk into Shanghai Disney, like there is in other Disney parks. But Shanghai Disney does have its own set of unique attractions, like the Tron: Lightcycle Power Run roller coaster.

Disney Chief Executive Bob Iger says this project is 17 years in the making for him as he lobbied with Chinese officials to make the park happen.

Disney wound up with only a 43 percent stake in the park, with a Chinese state-owned company holding the rest.

But there's still a lot to be had from Disney's investment there. The Guardian reports 330 million people live within a three-hour drive of the park, and an estimated 10 million people will visit each year. But some analysts say that number could be as high as 50 million.

And there's the added benefit of the park increasing interest for Disney's already monster-sized movie franchises.