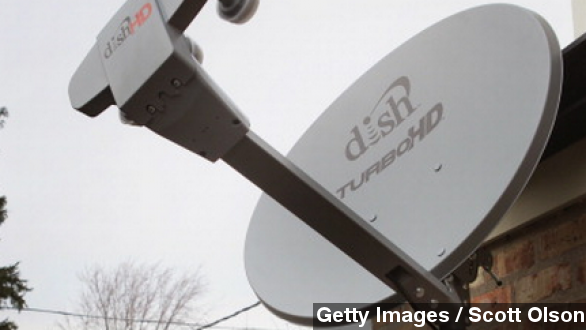 Would you miss CNN if it dropped off the air? Dish Network subscribers might not get a choice.

The Los Angeles Times quotes Dish chairman Charlie Ergen, who says networks have to be more selective because of rising programming costs.

He’s warned Dish is ready to drop CNN — because despite its occasionally exhaustive coverage, CNN doesn’t have the merits it used to.

“Twenty years ago, CNN was a must-have channel, but it's not a top 10 network anymore ... unless they find the plane.”

It doesn’t help that Dish is feeling the crunch from both ends — it dropped around 12,000 accounts in the third quarter, as cheaper, more specialized offerings from the likes of Amazon and Netflix gain steam.

It all comes down to the cost of content, and that’s not a situation unique to Dish. DirecTV and AMC, for example, are at an increasingly public impasse over broadcast rights and access to massively popular shows like The Walking Dead.

The zombie show in particular is occasionally more popular than Sunday Night Football, but DirecTV has warned its subscribers if AMC doesn’t cut it some kind of slack, they’ll have to go seek brains elsewhere.

It’s present in sports, too. This year, Time Warner Cable made headlines and even garnered FCC warnings when it set “excessive” prices for Los Angeles Dodgers broadcast rights.

A bunch of networks — and, by extension, their subscribers — sat out most of the regular season rather than pay up.

But Dish, at least, is prepared to try new things to stay afloat. It’s planning a slimmed-down over-the-top service for release by the end of the year, which will offer some of its programming for a $30 monthly fee. No word on whether it will include CNN, though.