The Distance Between Tillerson's State Dept. And Trump's White House 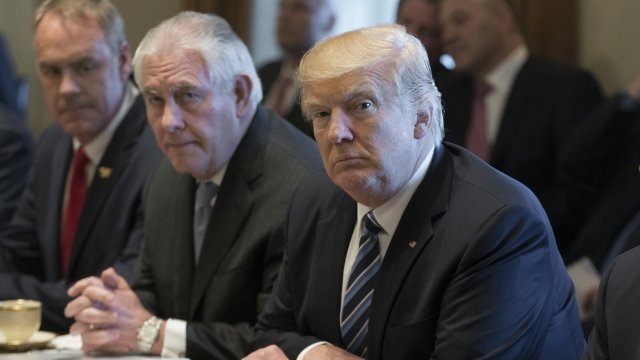 "Rex and I have been talking about this for a long time. We got along actually quite well, but we disagreed on things," Trump told reporters.

Trump specifically cited the Iran nuclear deal, which he wanted to pull the U.S. out of against Tillerson's recommendations. So far, Trump has kept the U.S. in the deal despite his misgivings.

But that's only one example of the many differences between Tillerson's State Department and Trump's White House.

The most recent example is the poisoning of a ex-spy in England, which the U.K. accuses Russia of masterminding. The White House declined to label Russia the culprit in a daily briefing; later that day, Tillerson said the poisoning "clearly came from Russia."

After firing Tillerson, Trump reportedly told the U.K. he supported the push to press Russia for answers over the poisoning. 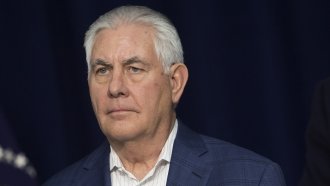 But perhaps the most egregious break came during a spat between Qatar and a group of Gulf nations led by Saudi Arabia. Tillerson called on Saudi Arabia to ease off Qatar, but Trump took the Saudis' side and labeled Qatar a "funder of terrorism."

Tillerson's replacement, CIA Director Mike Pompeo, is likely to get along better with White House. He shares many of the president's opinions and has plenty of experience communicating with Trump thanks to his daily intelligence briefing.

"With Mike, I've had a very good chemistry right from the beginning," Trump said Tuesday.