Traces Of Nerve Agent Found In UK Pub And Restaurant 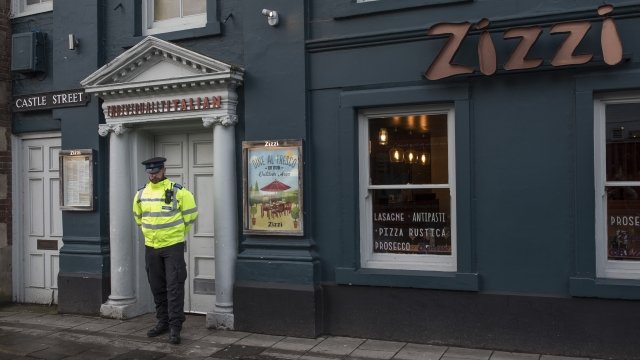 Diners in Salisbury, England, were told to wash their clothes and possessions after traces of a nerve agent used on a former Russian spy and his daughter were found at a local restaurant and pub.

Let's take a step back. The spy has been identified as Sergei Skripal, a former Russian intelligence officer who spied for British intelligence agency MI6. He and his daughter were found unconscious at a mall in Salisbury on March 4.

They were taken to the hospital in critical condition after "suspected exposure to an unknown substance." The area was cordoned off while local law enforcement investigated. Authorities are looking into whether Russia had any part in the incident.

On Sunday, the government sent out a notice to people who went to The Mill pub or Zizzi restaurant before they were both closed on March 5. The notice said there is "no immediate health risk," but visitors should wash all the possessions they wore or used while at the pub or the restaurant.