Did You Catch The Super Rare, Supermoon Lunar Eclipse? 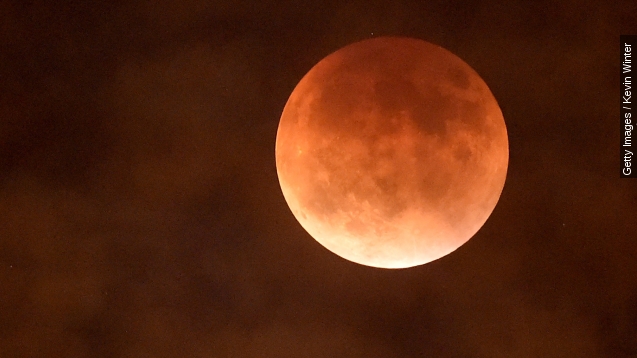 Rare is an understatement for what happened Sunday night.

Not only was there a supermoon, but it coincided with a lunar eclipse. What are these two phenomena exactly?

A supermoon is a full moon at its closest approach to earth. A blood moon occurs when a lunar eclipse gives the moon a red tint.

There have only been six supermoon lunar eclipses since 1900, and the next won't appear until 2033.

If you missed it, don't worry. There's still plenty of amazing astronomy to go around in the meantime.

Including NASA's major discovery from Mars, which will be announced on Monday.