Did Trump Imply Obama Had Something To Do With The Orlando Attack? 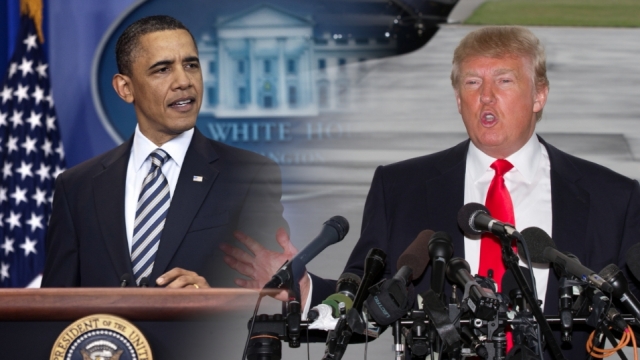 "He doesn't get it or he gets it better than anybody understands, and either way, it's unacceptable," he said.

Did Donald Trump just imply President Obama had something to do with the Orlando terror attack?

A day after America's deadliest mass shooting, Trump explained why he tweeted that the president should resign for not using the phrase "radical Islamic terrorism" to describe the Orlando shooting.

Trump also defended a tweet he wrote hours after the terrorist attack. The tweet said: "Appreciate the congrats for being right on radical Islamic terrorism, I don't want congrats, I want toughness & vigilance. We must be smart!"

He told "Fox & Friends" he wasn't looking for congratulations, just for the country's leadership to be strong.

"We're led by a man that either is is not tough, not smart or he's got something else in mind," Trump said.

Trump has been accusing Obama of being a Muslim since his push to get the president to release his long-form birth certificate.

In 2011, Trump questioned whether the president was born in the United States and if he's really Christian. He told Bill O'Reilly: "People have birth certificates. He doesn't have a birth certificate. He may have one, but there's something on that, maybe religion, maybe it says he is a Muslim."

The president later released his long-form birth certificate, though he'd previously released his certificate of live birth while running for the office. Trump seemed to celebrate the release of the document.

"Today, I'm very proud of myself because I've accomplished something that nobody else has been able to accomplish," he told the media.

Though President Obama didn't refer to the Orlando attack as "radical Islamic terrorism," he did say the FBI was "appropriately investigating [the shooting] as an act of terrorism."

After terror attacks in San Bernardino and Paris, Trump proposed a ban on all Muslims entering the U.S. He later said it was "just a suggestion."

Hours after the Orlando shooting, Trump tweeted: "What has happened in Orlando is just the beginning. Our leadership is weak and ineffective. I called it and asked for the ban. Must be tough."