Did This Girl's Letter Put Harriet Tubman On The $20? 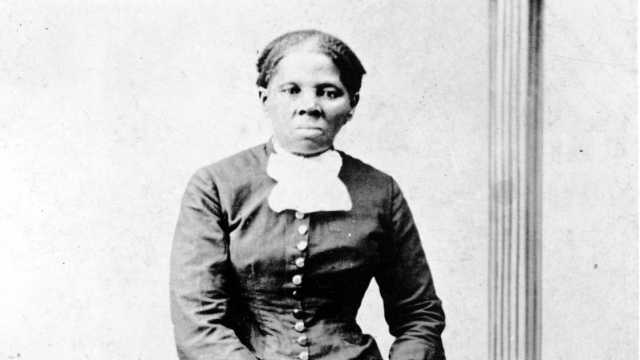 SMS
Did This Girl's Letter Put Harriet Tubman On The $20?
By Katie Link
By Katie Link
April 21, 2016
Sofia sent President Obama a list of 12 suggestions for women she'd like to see on U.S. currency.
SHOW TRANSCRIPT

"A young girl wrote to ask, 'Why aren’t there any women on our currency?' And then she gave me like a long list of possible women to put on our dollar bills and quarters and stuff, which I thought was a pretty good idea," President Obama said.

That young girl President Obama was talking about is Sofia. At 9 years old, she sent a letter to the White House with a list of suggestions of women she’d like to see on U.S. currency. One of those suggestions: Harriet Tubman. OK, maybe she got her spelling wrong, but, come on, she was 9.

Fast-forward a couple years to Wednesday, when Treasury Secretary Jack Lew called Sofia himself to share the news that her suggestion was heard and that Tubman will soon grace the $20 bill.

It turns out the Treasury Department actually took two suggestions from Sofia’s list. Eleanor Roosevelt will appear on the back of the new $5 bill.

"Some kids think, ‘Well, I’m a kid. I can’t vote. Why should I be able to make a change at anything?' If you think of a way you can do something, even if you think it’s small, it can turn into something huge," Sofia said.

This video includes clips from NBC.