Did Russia Really Find Plankton On The ISS? NASA Not So Sure 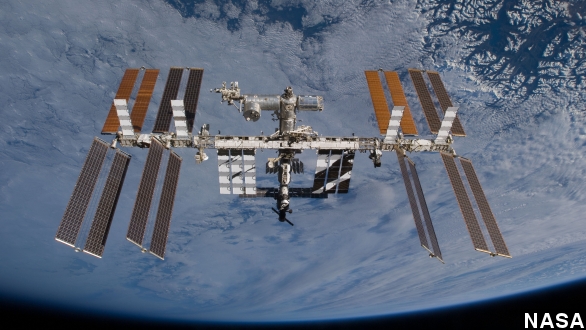 SMS
Did Russia Really Find Plankton On The ISS? NASA Not So Sure

Russia's space agency claims to have found sea plankton on the outside of the International Space Station. Wait, what?

A report in ITAR-TASS quotes Russia's ISS mission chief saying, "We have found traces of sea plankton and microscopic particles on the illuminator surface. This should be studied further." The report claims this finding is part of a long-term study, which proves some life can exist in space.

The discovery apparently occurred after Russia's two cosmonauts currently onboard the ISS started cleaning off the station's illuminators — that's space language for "windows." The astronauts reportedly discovered the plankton after examining the residue on the illuminators. (Video via NASA)

State-run TV network RT confirmed the news — also referring to the find as part of a study. Since the plankton isn't native to the ISS resupply launch sites in Kazakhstan, the prevailing theory appears to be that this plankton was blown into orbit from the surface of the ocean by rising air currents.

If that sounds pretty far-fetched to you, then don't worry. NASA's a little skeptical of the news, too.

A NASA spokesman told Space.com the agency hadn't been informed of the discovery, and noted the Russian astronauts weren't looking for plankton while cleaning the windows. "What they're actually looking for is residues that can build up on the visually sensitive elements, like windows. ... That's what they were taking samples for. I don't know where all the sea plankton talk is coming from."

The idea isn't totally unreasonable, though — in 2007, a hardy microscopic creature known as the tardigrade became the first living organism to survive exposure to space — they've also weathered extreme temperatures, pressures, radiation, and possibly every mass extinction event in history. And in 2013, NASA scientists raised the alarm that contaminated parts on the Curiosity rover might have accidentally carried Earth bacteria to Mars.

Russian cosmonauts might only have six years left to find any more plankton up there at the ISS. The head of Russia's space agency told reporters in May Russia only plans to commit to funding the ISS until 2020.