Did Pope Francis Perform A Miracle On New York Girl? 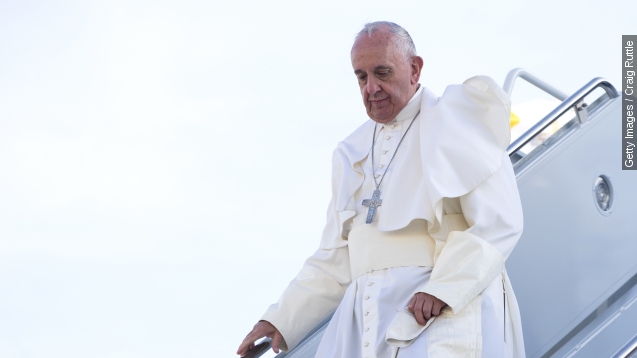 SMS
Did Pope Francis Perform A Miracle On New York Girl?
By Matt Moreno
By Matt Moreno
October 5, 2015
Twelve-year-old Julia Bruzzese is confined to a wheelchair with a mysterious illness. After Pope Francis blessed her, doctors made a new discovery.
SHOW TRANSCRIPT

"Pope Francis, the miracle has begun. Yesterday I went to a doctor's appointment and for the first time since I got ill, they saw Lyme disease activity in my blood," Julia Bruzzese told WCBS.

Twelve-year-old Julia Bruzzese is wheelchair-bound after a mysterious illness.

Pope Francis blessed her when he arrived in New York. (Video via The New York Times)

Now, doctors believe they might finally know why she's sick.

"A miracle can happen if you believe."

In March, the pope was credited with turning the dried blood of St. Gennaro into liquid in Naples.

"The sign that San Gennaro loves the pope, who is Neapolitan like us. The blood is already liquid."

To be canonized as a saint, a person must perform two miracles in his or her lifetime. Pope Francis, future saint?