Did James Franco Try To Chat Up An Underage Girl Online? 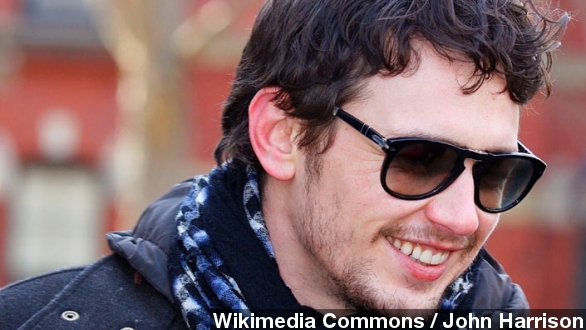 SMS
Did James Franco Try To Chat Up An Underage Girl Online?

By Briana Koeneman
April 3, 2014
Did James Franco try to meet up with an underage girl online? Well, according to reports out Thursday, it's a possibility.
SHOW TRANSCRIPT

Did James Franco try to meet up with an underage girl online Wednesday? Well, according to reports out the next day, it's a possibility.

Several media outlets have obtained direct messages the 35-year-old actor supposedly sent early Wednesday morning via Instagram. The recipient appears to be a teen identified only as Lucy. (Via NBC / "The Tonight Show")

According to Gossip Cop, the two apparently met at an autograph signing Tuesday, and she tagged him in several photos and videos on the social media site.

BuzzFeed obtained screen shots of the conversation from an anonymous Imgur account, and it seemed pretty standard at first. But then, the messager identified as Franco starts asking how old Lucy is and whether she has a boyfriend.

According to the messages, the girl said she was almost 18 years old, but that didn't seem to faze the poster — he kept on with the questions, asking where she was staying and for her phone number.

Lucy asked the writer for proof he was really Franco. So he apparently sent over a photo of himself holding a piece of paper with her name on it. (Via Buzzfeed)

That Imgur account was quickly deleted sometime Wednesday, but not before several more sites, including Perez Hilton and Gossip Cop, got their hands on the screen shots and started accusing the actor of some inappropriate behavior.

Franco hasn't officially responded to the accusations. But he did send out a seemingly relevant tweet Wednesday, saying: "I'M NOT! I HOPE PARENTS KEEP THEIR TEENS AWAY FROM ME. Thank you." The post was accompanied by an Instagram pic, but it has since been taken down. (Via Twitter / @JamesFrancoTV)

Sure, these pictures do seem real, but some can't help but think the whole thing is just a big hoax.

As Channel 24 points out, the stunt could be an attempt to garner some publicity for his newest movie, "Palo Alto."

The flick is about a football coach who has an affair with an underage student, after all. (Via RabbitBandini Productions / "Palo Alto")

And Franco is no stranger to the occasional online prank. Back in Sept. 2013, he fueled rumors that he is gay after posting this pic of him kissing another man online. (Via Instagram / jamesfrancotv)

As for this latest incident, looks like we'll have to wait and see if there's any truth to it.