Did Hillary Clinton Plagiarize A Line In Her DNC Speech? Maybe. 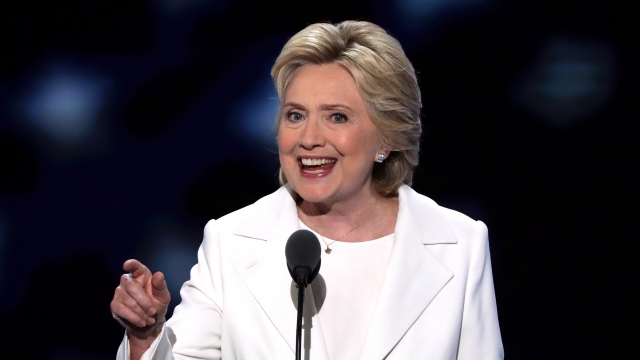 SMS
Did Hillary Clinton Plagiarize A Line In Her DNC Speech? Maybe.
By Katherine Biek
By Katherine Biek
July 29, 2016
She is the latest person accused of plagiarism at the 2016 political conventions.
SHOW TRANSCRIPT

"It comes down to what Donald Trump doesn't get: America is great — because America is good," Hillary Clinton said in her DNC nomination acceptance speech.

Presidential nominee Hillary Clinton spoke at the Democratic National Convention Thursday evening, but one very small line in her speech caught the attention of a Republican official.

Who's that? He was a 19th century French aristocrat who wrote "Democracy in America." De Toqueville is credited with the phrase, "America is great because she is good."

Instead, a Weekly Standard article from 1995 says the line appears to have first been used in a book on religion 75 years ago.

The author attributed the phrase to de Tocqueville's book, but as the article notes, "The author may have mistaken his own notes for a verbatim quotation, a common problem in the days before photocopiers."

Still, it's a phrase long been used by U.S. presidents, including Dwight D. Eisenhower, Ronald Reagan and even Bill Clinton.

It's one of a few times the word "plagiarism" has been used at this year's political conventions.

And just this Thursday, Donald Trump Jr. tweeted that he was "honored that [President Obama] would plagiarize a line" from Trump Jr.'s speech at the RNC.

This video includes clips from PBS NewsHour, CNN and C-SPAN and images from Getty Images.