Were George Washington's Speeches Really Full Of References To God? 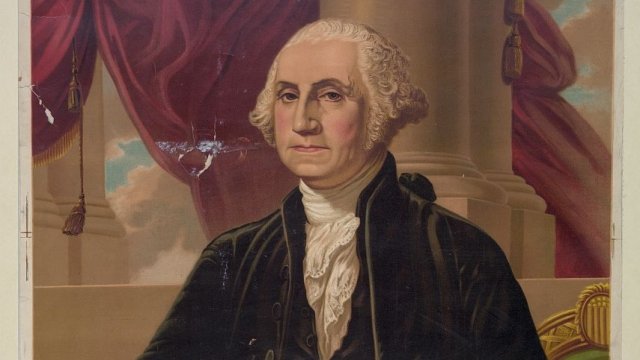 SMS
Were George Washington's Speeches Really Full Of References To God?
By James Packard
By James Packard
July 1, 2018
Rush Limbaugh claimed you can't read the first president's speeches without seeing a reference to God. Is that so?
SHOW TRANSCRIPT

Around July 4, you tend to hear a lot about the values that make the U.S. unique. Are they moralistic? Pragmatic? Religious?

"I have said all along that America is based on Judeo-Christian beliefs, and, you know, nobody has to believe me, though. You can just go to our Founding Fathers' early documents," former Alaska Gov. Sarah Palin said on Fox News.

"As we began as a country, many patriots, of course, had the faith of their God," singer Lee Greenwood told CNN.

"I think people would be hard-pressed to call the United States a Christian nation," pastor Tullian Tchividjian said on MSNBC.

But what about this claim from Rush Limbaugh during an episode of his show in 2009? He said, "You can't read a speech by George Washington ... without hearing him reference God, the Almighty."

The first president's famous Newburgh Address was also devoid of references to God, except for an exclamation of "My God!"

Beyond that, there's plenty of evidence that Washington was likely religious, but not necessarily a devout Christian. Regardless, it's inaccurate to say you "can't read a speech" by him without hearing a Godly reference.