'Fake News' Is Getting Its Own Entry In This Dictionary 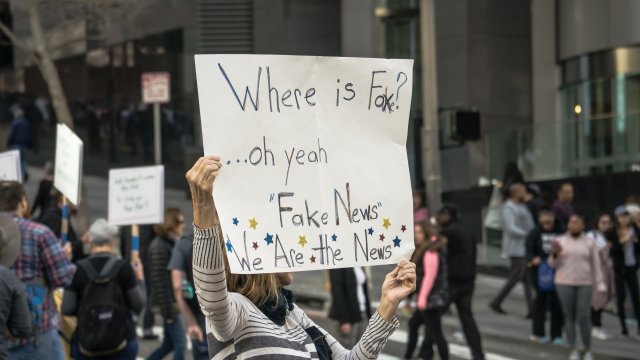 SMS
'Fake News' Is Getting Its Own Entry In This Dictionary
By Casey Mendoza
By Casey Mendoza
September 27, 2017
Some people link "fake news" to political polarization, but what does the phrase actually mean?
SHOW TRANSCRIPT

Fake news. Many people used that phrase a lot this year, but do enough people actually know what it means?

Dictionary.com may not think so because it's reportedly adding an entry for the phrase in its next update.

According to Time, the new entry will define "fake news" as "false news stories, often of a sensational nature, created to be widely shared online for the purpose of generating ad revenue via web traffic or discrediting a public figure, political movement, company, etc." 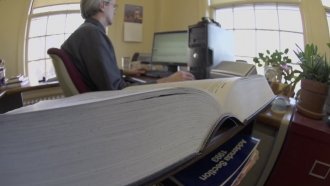 Time notes President Trump and his supporters use this phrase a little differently. In conservative circles, the phrase has been used more to target the mainstream media.

Fake news is often linked to political polarization, either as a cause or a symptom.

Regardless of the phrase's cause, effect or use, Dictionary.com is joining Collins, Cambridge and Oxford Learner's Dictionary in defining it. Merriam-Webster, on the other hand, says "fake news" is pretty self-explanatory.