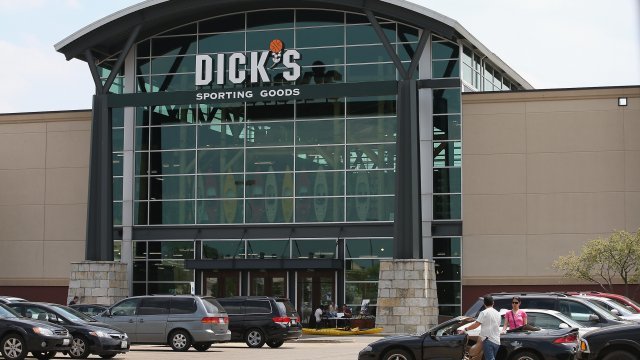 Dick's Sporting Goods confirmed it will destroy all of its unsold assault-style rifles.

Retailers would normally send unsold merchandise back to the manufacturer. Dick's says it will break from that practice and destroy those firearms.

Dick's told the Pittsburgh Post-Gazette it would destroy the weapons in accordance with federal law. They will be taken apart at company distribution centers, but some parts will be recycled.

Dick's said in February it would pull high-capacity magazines and assault-style rifles from its shelves after the school shooting in Parkland, Florida. Its stores are now allowed to sell firearms only to people over 21.