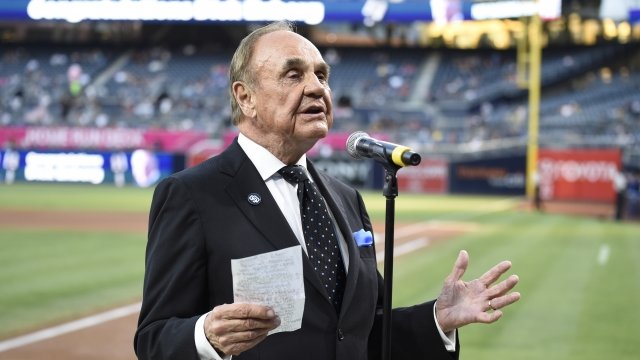 His wife told The San Diego Union-Tribune that Enberg died at his California home Thursday morning.

Over his decadeslong career, Enberg covered — among other things — 10 Super Bowls, 28 Wimbledon tournaments and the 1982 World Series.

The sportscaster — who was known for his cries of "Oh my!" — most recently was the TV voice for the San Diego Padres. He retired in 2016.

"We are immensely saddened by the sudden and unexpected passing of legendary broadcaster Dick Enberg. Dick was an institution in the industry for 60 years and we were lucky enough to have his iconic voice behind the microphone for Padres games for nearly a decade," the Padres said in a statement.

Enberg's work was honored with numerous awards, including 13 Sports Emmys.

Enberg is survived by his wife and five children.