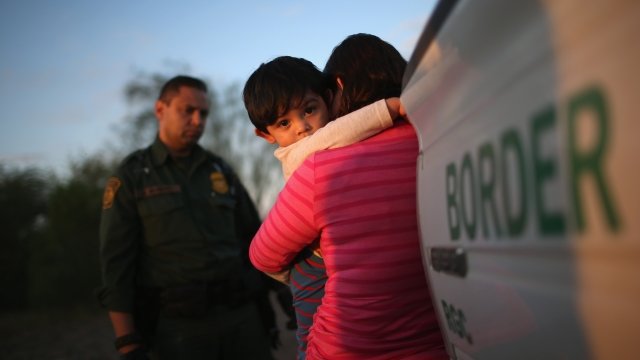 The Department of Homeland Security watchdog released a pretty scathing report on the Trump administration's handling of its zero-tolerance border policy.

The report from the DHS inspector general's office confirms many of the problems that were detailed by the media in recent months.

While the White House frequently blamed Democrats and Congress for family separations at the border, the report says the zero-tolerance policy "fundamentally changed DHS' approach to immigration enforcement."

According to the report, the government's decision to limit the number of asylum-seekers may have resulted in more people trying to cross the border illegally. One woman told investigators she tried to cross legally three times before "deciding to take her chances on illegal entry."

The IG says unaccompanied minors were held for long periods in facilities only designed for short-term stays. And it says the lack of coordination between federal agencies "hindered efforts to identify, track, and reunify parents and children."

In a statement to NBC News, a DHS spokesperson said the report's findings "illustrate the difficulties in enforcing immigration laws that are broken and poorly written."