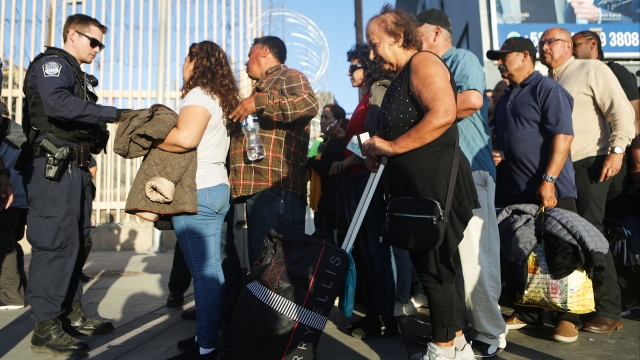 President Donald Trump has complained that immigrants use children to help cross the border into the U.S. as a fake family, and now his administration wants to prove it.

Homeland Security officials told multiple media outlets agents at the border will use rapid DNA testing to prove whether adults and children crossing the border together are related.

Officials reportedly plan to use ANDE's [Andy's] Rapid DNA system. The technology can compare samples from a simple cheek swab in less than two hours.

DHS says agents have detected over 1,000 fake families trying to cross the border since October. But relying on DNA tests could unfairly impact people who aren't blood related, but still have a legitimate familial connection — like families with step-children.

The program will reportedly be tested in a very limited fashion starting as soon as next week, and it will be voluntary. DHS officials said the results and samples will be destroyed after the test and won't be stored in any way.