Securing US Elections Ultimately Comes Down To States, Not The Feds 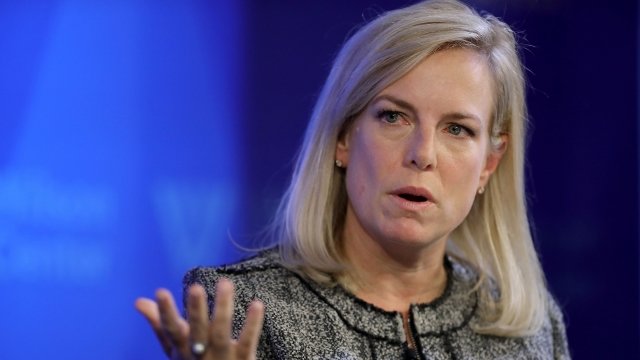 SMS
Securing US Elections Ultimately Comes Down To States, Not The Feds
By Eugene Daniels
By Eugene Daniels
March 21, 2018
"The administration of elections is the responsibility of state and local officials." — Kirstjen Nielsen
SHOW TRANSCRIPT

In a hearing on the Hill on Wednesday, Kirstjen Nielsen, the secretary of homeland security, emphasized how serious the threat to our elections is and how our decentralized election system makes it tough for the federal government to put across-the-board protections in place.

"The administration of elections is the responsibility of state and local officials," Nielsen told the Senate intel committee.

One of the huge jobs of DHS is to provide resources to state and local officials for election security. But there's one catch:

"Our services are voluntary, and not all election officials accept our offer of support. In many cases, state and local officials have their own resources and simply don't require the assistance that we're offering," Nielsen said.

Those services include everything from just giving advice on electronic and physical security to a cyberhygiene remote scan that basically tells election officials where they're most vulnerable. DHS also provides on-site assessments that do the same thing but are more extensive.

Since Russia's meddling in the 2016 U.S. election, DHS says it has made sure to prioritize the assessments and make them more available. But it doesn't seem like local and state officials are really taking advantage of them. Nielsen says only 19 states or localities have asked for the assessments for the 2018 midterms so far, but that DHS is prepared as more requests will likely roll in.

"We have made the commitment and prioritized resources that any state or locality that requests that, we will have it completed before the midterm election," Nielsen said.

After the 2016 election, there was concern that information sharing would be a big issue; local officials might need to see information deemed classified by the federal government in order to make critical decisions. DHS says it's addressed that. 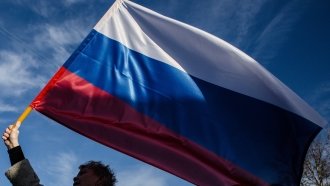 "If we have intel, we will read in the appropriate state election officials that day so we're not waiting for clearances," Nielsen said.

The federal-state partnership is going to be one of the most important assets in our election security toolbox. While there's disagreement on a couple of things, one thing seems to be really clear:

"The threat remains high. We think vigilance is important, and we think there's a lot that we all need to do at all levels of government before we have the midterm elections," Nielsen said.