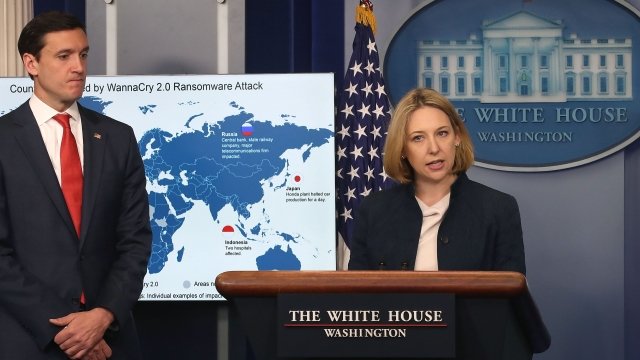 SMS
DHS Official Calls Out NBC For 'Irresponsible Reporting'
By Katherine Biek
By Katherine Biek
February 12, 2018
She was referring to an NBC report published Feb. 8 that quoted her as saying Russia successfully hacked into some states' voter registration systems.
SHOW TRANSCRIPT

The U.S. Department of Homeland Security called out NBC for what is says is "irresponsible reporting" in a statement Monday.

It was referring to an NBC article published last week that quoted the department's head of cybersecurity as saying Russia successfully hacked voter registration systems in multiple states before the 2016 presidential election.

That official, Jeanette Manfra, is now discrediting NBC's report, saying, "Let me be clear: We have no evidence — old or new — that any votes in the 2016 elections were manipulated by Russian hackers."

Manfra called out the network for claiming her comment was "a shift in the administration's position on cyber threats," when she says in reality she gave very similar information to the Senate Intelligence Committee back in 2017.