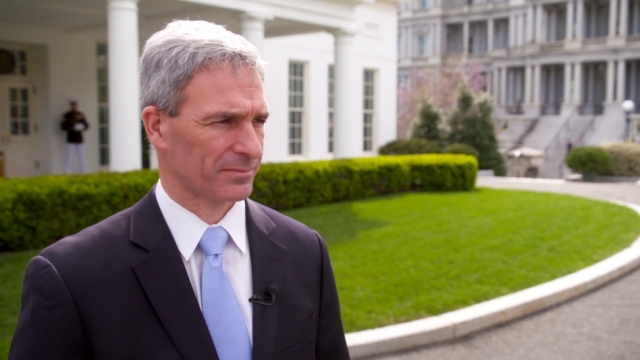 The White House made additional steps on Friday to curb the spread of the coronavirus. First, the administration announced that it would close the southern border to nonessential travel. Then it pledged to work with all 50 states to gather supplies for hospitals and doctors.

But, it has also told state officials to try to make their own purchase orders for things like face masks, respirators and ventilators. This comes as the governor of Massachusetts said he was outbid by the federal government when he tried to order supplies.

"All 50 states and the territories and so forth and the federal government are all seeking to bolster their stocks of PPE, and this is so quickly unfolding. We are working to coordinate with our state partners," Cuccinelli said. "That's a stumbling occurrence. It isn't intentional that we go in and outbid a state or they outbid us. We are trying to work together, and as we encounter those hiccups, we get together."

Cuccinelli stressed that there's no plan for a nationwide lockdown and that the federal government would not have the manpower to enforce one. He also doubted that states like California, which has issued a stay-in-place order, could enforce one, either.