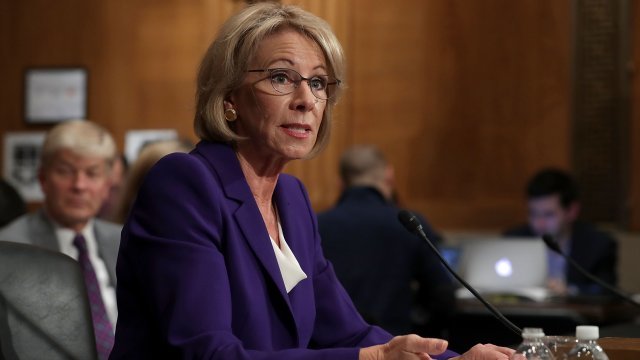 The Department of Education scrapped the Obama rules and issued new interim guidance to schools Friday.

In 2011, the Obama administration released a memo reminding schools of their obligation under Title IX to investigate sexual harassment allegations.

Those instructions, plus more released in 2014, required schools to use the lowest standard of proof called preponderance of the evidence when handling sexual assault charges. That means if more than 50 percent of the evidence points toward guilt, the accused is found responsible.

"Some suggest that this current system, while imperfect, at least protects survivors and thus must remain untouched. But the reality is it doesn't even do that," DeVos said. "The notion that a school must diminish due process rights to better serve the victim, only creates more victims." 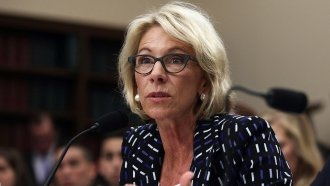 Under the new interim guidance released Friday, schools can now use either the preponderance standard or the clear and convincing evidence standard; the latter is harder to meet.

"Schools must continue to confront these horrific crimes and behaviors head-on. There will be no more sweeping them under the rug. But the process also must be fair and impartial, giving everyone more confidence in its outcomes," DeVos said in a statement Friday.

Devos said those interim rules will remain in place while the Education Department seeks public comment and comes up with the final instructions.