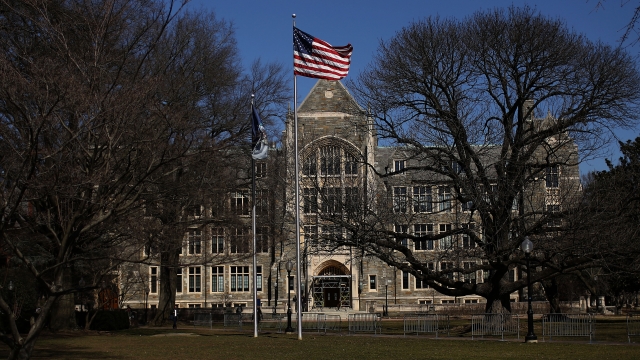 The Department of Education is reportedly investigating multiple schools involved in the college admissions bribery scandal.

Anonymous sources told Politico the investigation is centered on eight universities. According to a document obtained by the outlet, investigators are trying to determine if those universities violated any rules about federal financial aid or "any other applicable laws."

Politico says the schools could face penalties if the investigation finds they violated federal education regulations. The harshest of those penalties includes eliminating a school's access to Pell Grants and federal student loans.

News of the scandal broke earlier this month. Dozens of people in six states are facing charges. Prosecutors say parents paid the scam's organizer to help their children cheat on college exams and fraudulently get recruited as athletes. Among the parents facing charges are actresses Felicity Huffman and Lori Loughlin.

Not long after the charges were announced, Education Secretary Betsy DeVos called the allegations "disgraceful" and said her department was "working to determine if any of our regulations have been violated."