DeVos Clarifies Her Position On Guns In Schools 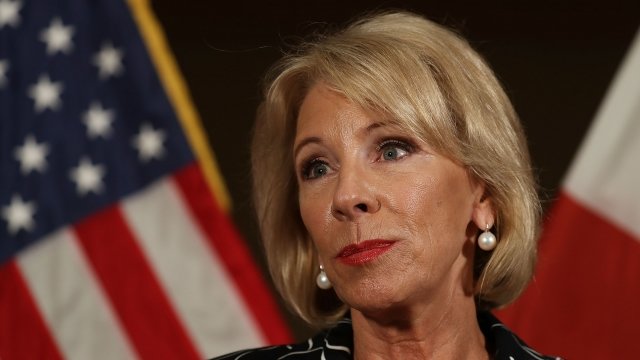 Secretary of Education Betsy DeVos is rejecting claims that she wants to authorize schools to use federal funds on guns.

DeVos instead says she doesn't have the authority to tell schools how to spend their grants either way. DeVos made the statement Friday by way of a letter posted to her official Twitter account.

In the letter, DeVos wrote she won't legislate "via fiat" from the department.

DeVos' letter was in direct response to concerns from Democrats in Congress after a New York Times article suggested her department was looking into allowing federal funds to be used on guns. Her letter made reference to "faulty reporting."