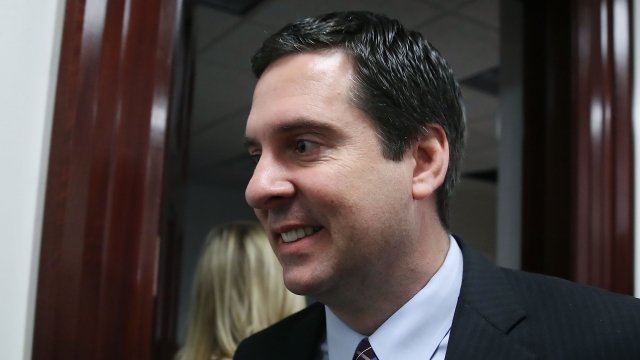 SMS
Devin Nunes Cleared Of Wrongdoing Following Ethics Committee Probe
By Carter Woodiel
By Carter Woodiel
December 7, 2017
Nunes had said then-candidate Donald Trump might have been monitored by the government. But was that classified info?
SHOW TRANSCRIPT

House Intelligence Committee Chairman Devin Nunes has been cleared of wrongdoing by the House Ethics Committee following an investigation into whether he leaked classified information.

This goes back to when Nunes held a press conference in March, saying then-candidate Donald Trump or his officials may have been "incidentally" monitored during the campaign.

The committee was investigating whether that was giving away classified information. Its statement says members talked with intelligence experts, who concluded the info wasn't classified. So, no issue. 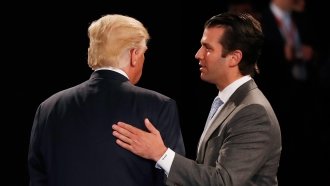 This means Nunes can return to heading the intelligence committee's investigation into Russian meddling in the U.S election. He had stepped aside from that post while he was under investigation.