Cows Eat This Device, And It Lets Them Text Their Farmer — Sort Of 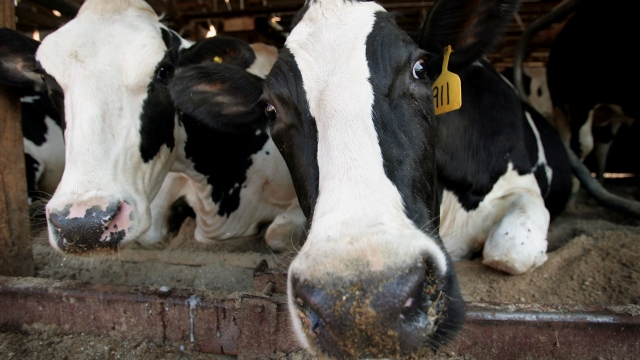 SMS
Cows Eat This Device, And It Lets Them Text Their Farmer — Sort Of
By Lindsey Pulse
By Lindsey Pulse
November 5, 2016
Austrian firm SmaXtec developed a device that sits in a cow's stomach and messages farmers about the animal's health.
SHOW TRANSCRIPT

The latest in farming technology: Farmers can now get text messages from their cows.

Austrian firm SmaXtec made an ingestible monitor that notifies farmers about the health of their herd — including when cows are in heat.

SEE MORE: This Scaly Animal Is The Most Trafficked Mammal In The World

The device runs on Wi-Fi and has a battery life of around four years. Once it's implanted, farmers can get information sent directly to their computer, tablet or phone.

As for how it gets into the cow, the half-pound device is pushed into the first of the animal's four stomachs. It sits there and sends messages over the cloud until the battery dies.

Bloomberg reports since the company started inserting the roughly pickle-sized sensors, 15,000 cows have them in their stomachs.

And pregnancy isn't the only thing the SmaXtec device is good for. It monitors temperature, pH levels, activity level and can let farmers know when their animals might be coming down with a disease.

Granted, it can't tell farmers what disease the cow might have, just that something is off.