Developers Give Up On Google Glass Before It Launches 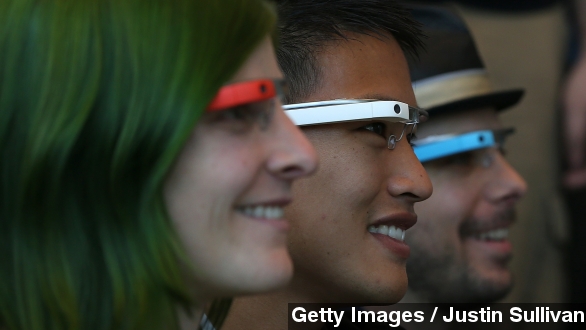 SMS
Developers Give Up On Google Glass Before It Launches
By Ben Lawson
By Ben Lawson
November 15, 2014
Nine app developers have dropped their projects for Google Glass, which could be a sign of a bleak future for the device.
SHOW TRANSCRIPT

Google's high-tech eyewear, Google Glass, might not be taking off as well as the tech company has hoped.

Nine of 16 major app makers have reportedly given up on their projects for the device, signaling a possible bleak future for Glass. (Video via Google Glass)

Google Glass is still in an open beta right now. The company had previously said it would launch the final product sometime in 2014 but as it is now November and no announcement has been made, that seems unlikely. (Video via Google Glass)

And public response to Google Glass has been lukewarm from the start, to say the least.

John Steinberg via CNBC: "There is just such a social stigma to wearing it. You can't even play around with it because people always think you're desperate for attention. That's why you are wearing Glass."

The Verge: "It's just not comfortable thinking about people around us wearing a camera at eye level but Google is banking on us as a culture kind of getting used it."

And a writer for TechCrunch says the voice commands required to operate the device haven't exactly fit into our social norms and can seem "downright rude" in some instances.

But if Glass might not be a fit for the consumer market, that doesn't mean Google can't find a way to put the device to good use.

Back in June, Google launched its Glass at Work plan, which is designed to find uses in the business world for the device.

Some physicians in California have have found Glass helpful in their everyday work, explaining the device allows them to spend more time with patients and less in front of a computer.

Taco Bell and KFC are also reportedly considering making Glass a part of training for employees.

And the device could have myriad uses for law enforcement, especially at a time when the idea of body cameras for police officers is gaining steam.

So Glass might have a future, but it doesn't look like the consumer interest is there right now for Glass to become the game-changing device Google was hoping for.