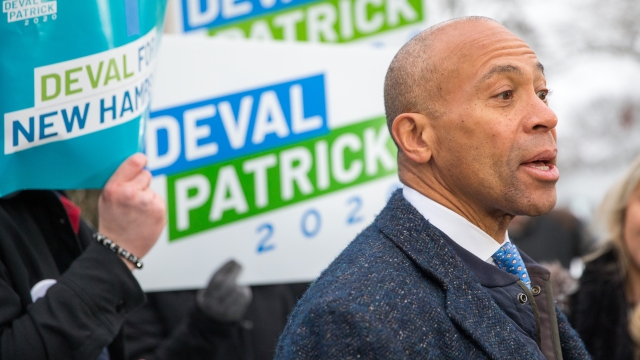 The former Massachusetts governor confirmed his decision in a statement Wednesday.

The former Massachusetts governor confirmed his decision in a statement Wednesday. He said, in part: "I am not suspending my commitment to help — there is still work to be done. We are facing the most consequential election of our lifetime."

Patrick's announcement came on the heels of his lackluster performance in the New Hampshire primary. He earned less than 1% of the vote there.

But the odds were stacked against him from the start. He entered the already-crowded Democratic primary race pretty late in the game, announcing his campaign in mid-November.