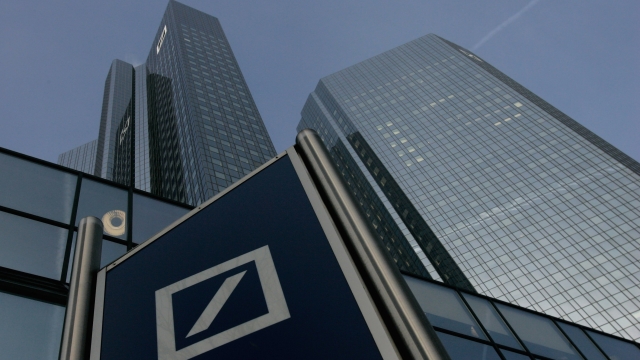 SMS
Deutsche Bank Starts Layoffs In New Restructuring Process
By Katherine Biek
By Katherine Biek
July 8, 2019
Over the weekend, the company announced it would be cutting approximately 18,000 jobs over the next three years.
SHOW TRANSCRIPT

Deutsche Bank began laying off some of its employees Monday as part of a massive restructuring plan.

Over the weekend, the company announced it would be cutting about one-fifth of its global workforce, or approximately 18,000 jobs, over the next three years. That means Deutsche Bank will employ roughly 74,000 people by 2022.

In order to improve profitability, the German bank is also going to close its equities sales and trading business and scale back its investment banking operations. It'll additionally create a Capital Release Unit, or so-called "bad bank," to hold about $83 billion worth of under-performing assets it plans to wind down or get rid of.

CEO Christian Sewing described the overhaul as a "restart for Deutsche Bank," saying, "In focusing the bank around our clients, we are returning to our roots and to what once made us one of the leading banks in the world."

CNBC reported this is the fifth cost-cutting initiative Deutsche Bank has undergone since 2012. This latest strategy comes after merger talks with its competitor Commerzbank fell through in April and after Deutsche Bank announced it was expecting to see "essentially flat" revenue for the entirety of 2019 compared with last year.

The restructuring effort isn't going to be cheap, though. The bank predicts it'll report a net loss of about $3.14 billion when it releases its second-quarter results later this month.