Deutsche Bank Tells Court It Has Some Trump-Related Tax Returns 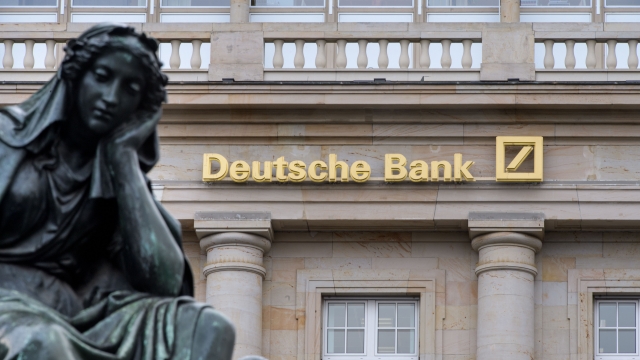 The bank told a federal appeals court exactly whose tax returns it possesses. But that information was redacted in the public record.

Deutsche Bank told a federal appeals court it has copies of some tax returns that lawmakers are seeking as part of multiple investigations into President Donald Trump's finances.

The House committees on Intelligence and Financial Services each issued subpoenas to the president's longtime lender in mid-April. They're looking for records related to President Trump, his three oldest children, the Trump Organization and other business entities the family owns.

In its letter to the court, Deutsche Bank said exactly whose tax records it possesses. But that information was redacted in the public record in accordance with privacy laws. So it's unclear if any of the documents belong to President Trump.

The president previously sued Deutsche Bank to prevent it from turning over any financial records. His legal team argued the committees' subpoenas lacked a legitimate legislative purpose. But a district court judge disagreed.

President Trump appealed that ruling, and the 2nd U.S. Circuit Court of Appeals has yet to rule on the case.

The appeals court ordered Deutsche Bank to disclose in a sealed written response if it had any tax returns related to the subpoenas after the financial institution refused to answer the question during oral arguments last week.