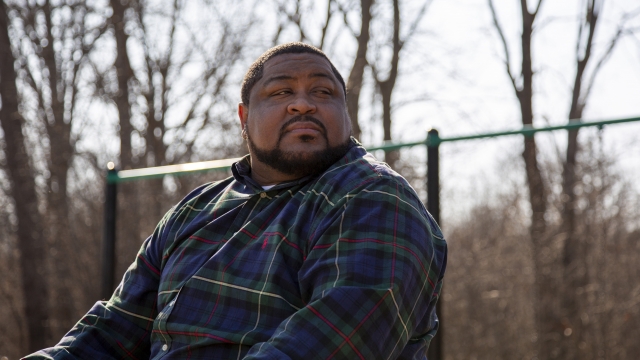 Robert Williams was wrongfully arrested after the Detroit Police Department’s facial recognition software falsely matched his driver's license photo to security footage of a shoplifter. Williams and his attorney described the interrogation where they learned of this to Newsy's sister station WXYZ.

"He flips another piece of paper and says, 'I guess that's not you, either,'" Williams said. "And that’s when I guess I offended him, 'cause I held a paper up [next to my face], and said, 'I hope you don't think all Black people look alike.' Right? I believe that's when he told me, by flipping the third paper, 'So the computer got it wrong?'"

"That was the moment that we all learned that facial recognition technology was used to identify and falsely identify my client for a crime he didn't commit," said Victoria Burton-Harris, Williams' attorney.

Legal experts say this may be the first known instance of an American being arrested based on a flawed match by this technology, and it brings to light how these systems can be racially biased. Studies show this tech works well on White men but is less accurate for other groups because the database of images used to train the algorithms is not very diverse.

"A system that's trained to do facial recognition is likely to have more of a false positive on minority groups, which means more people are going to be caught up in dragnets for no reason because the system flags them as a false positive," said Suresh Venkatasubramanian, a computer science professor at the University of Utah.

A 2019 study of more than 100 facial recognition algorithms, including software used by Detroit police, found those systems were 10 to 100 times more likely to make false identifications of Black or Asian faces than White faces.

This has pushed some cities to ban the tech. The ACLU of Michigan suggested a ban in a formal complaint against the Detroit Police Department on behalf of Williams, saying, "The facts of Mr. Williams' case prove both that the technology is flawed and that DPD investigators are not competent in making use of such technology."

Last year, San Francisco became the first U.S. city to ban the tech. This past week, Boston's city council voted unanimously to ban the use of facial surveillance technology. A group of lawmakers also introduced a bill that would ban facial recognition use by federal law enforcement groups.