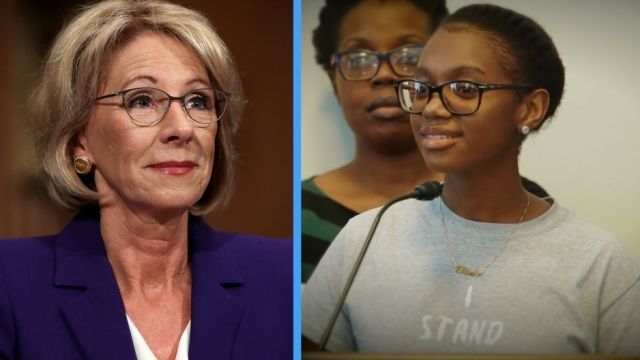 "The schools in Detroit are poor, and it is not because we are poor," Detroit student Dana Wilson said.

"I've also been in oversized classrooms with outdated textbooks. I've been a victim of principal turnovers," Wilson said. 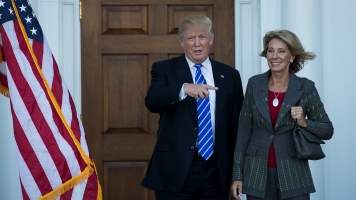 She's speaking out against about Betsy DeVos — President Trump's choice for education secretary.

"Detroit students are denied daily due to the depravity institutionalized by Betsy DeVos and her duplicates," Wilson said.

DeVos is from Michigan and has long pressed for charter and private schools there. That has raised some concerns — like the denial of a quality education for some students.

Detroit has nearly 52,000 students in its public school district. It's been in the spotlight for having to close schools that have underperformed.

But it's not just the public schools that have issues with performance. The Detroit Free Press found that despite the billion tax dollars Michigan's charter schools get, there is corruption and little accountability — even if they don't perform well.