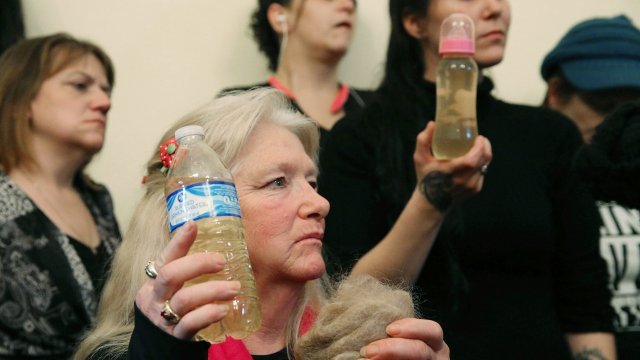 SMS
Detroit Schools Shut Down Water Fountains For Water Coolers
By Gabrielle Ware
By Gabrielle Ware
September 4, 2018
That's after elevated levels of copper and lead were found in some fountains.
SHOW TRANSCRIPT

Fifty thousand students made the switch for their first day of school Tuesday.

Thirty-four of Detroit's public schools found elevated levels of lead or copper in their drinking water, prompting school officials to shut off water across all 106 school buildings.

The city is probably trying to avoid a situation similar to the water crisis in Flint, Michigan. A failure to properly treat the water there led to mass lead contamination.

The switch will cost over $200,000 over two months. The school district is examining ways to offset the expense.