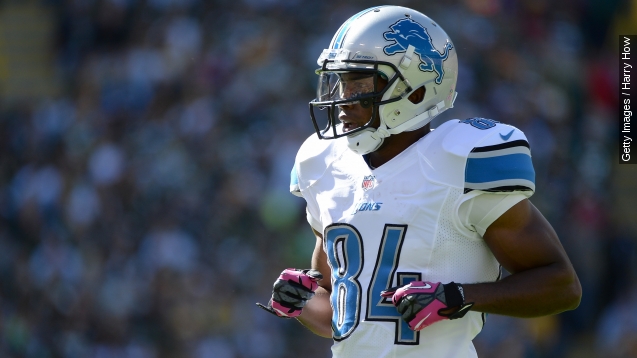 SMS
Detroit Lions Wide Receiver Doesn't Live Like A Millionaire
By Matt Moreno
By Matt Moreno
August 11, 2015
Ryan Broyles told ESPN that he and his wife live off about $60,000 a year, a fraction of his $3.6 million NFL contract.
SHOW TRANSCRIPT

When you think of professional athletes spending their pro-sized paychecks, you almost always think of big houses, fancy cars and other luxuries. Basically, everything you've seen on "MTV Cribs."

"My Denali Yukon XL. You can see I got some big shoes on it — 24s," NBA player Carmelo Anthony told MTV.

That's not the lifestyle Detroit Lions wide receiver Ryan Broyles is living, though.

Since he was drafted out of the University of Oklahoma in 2012, Broyles and his wife have lived on about $60,000 a year. That's clearly just a fraction of his four-year, $3.6 million contract.

In the story reported by ESPN, Broyles says he really started thinking about finances after he was drafted and spoke with a financial adviser.

He told ESPN: "When I was hitting the same budget over three, four, five months, it was all right, this is what your budget is and I had some spending money. ... When I come to work, I don't think about the money."

NFL players spending millions of dollars and going bankrupt isn't uncommon. A 2015 report by the National Bureau of Economic Research found about 15.7 percent out of 2,000 NFL players drafted between 1996 and 2003 filed for bankruptcy by their 12th year of retirement.

To put that in perspective, if a team's 11 players hit the field for a play, about two of those 11 would've filed for bankruptcy.

It's a known problem in the NFL. That's why rookies go through a symposium — a orientation of sorts — before their first games.

"I saw the draft now some of you had a lot of that jewelery on. One piece of jewelry, not the Mr. T starter set. Don't need all that," former player and coach Herm Edwards told the rookies.

From the sounds of it, Broyles has no plans of changing that modest lifestyle. He's in the final year of his rookie contract.