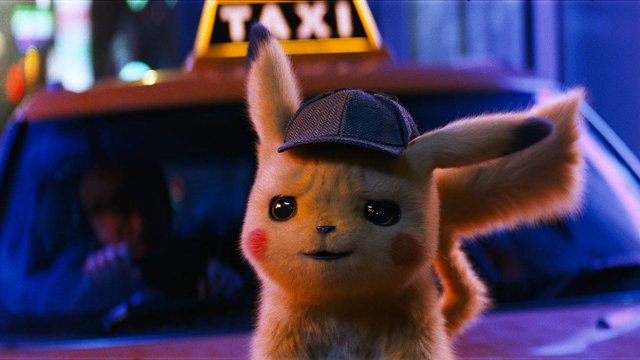 Holding on to the No. 1 spot for the third weekend in a row is "Avengers: Endgame," bringing in an estimated $63 million in its third weekend out. After less than a month in theaters, Marvel's magnum opus has made nearly $2.5 billion and is the second-highest-grossing film in box office history.

It's a still a long way from the No. 1 spot, but for a company like Disney and a movie like "Endgame," what's $300 million, right?

Taking the No. 2 spot this week while simultaneously making every '90s kid's dream come true is  "Pokémon Detective Pikachu," bringing in an estimated $58 million in its debut weekend.

While Pokémon has had an animated series, trading cards and bed sheets, it started as a video game — which means "Detective Pikachu" now holds the box office debut record for video game movies.

That's about $10 million better than Angelina Jolie's "Tomb Raider," which was the previous record holder for a feature film based on a video game franchise.

Not only that, but it's far and away the best video game adaptation from a critical perspective. Although I will concede that's not a high bar to clear.

With a 63% on the tomatometer, "Detective Pikachu" is the first video game movie to get a "fresh" rating on Rotten Tomatoes.

And finally, in third place this week is Anne Hathaway's "The Hustle," bringing in a better-than-expected $13.5 million in its debut weekend.

This female-driven comedy is based on 1988's "Dirty Rotten Scoundrels" but it hasn't been as well received.

While "The Hustle" had a solid opening weekend at the box office, it was panned by critics — managing just a 16% approval rating on Rotten Tomatoes.

As for next week, if you thought John Wick couldn't get any more ridiculous, just wait until you see him on a horse.