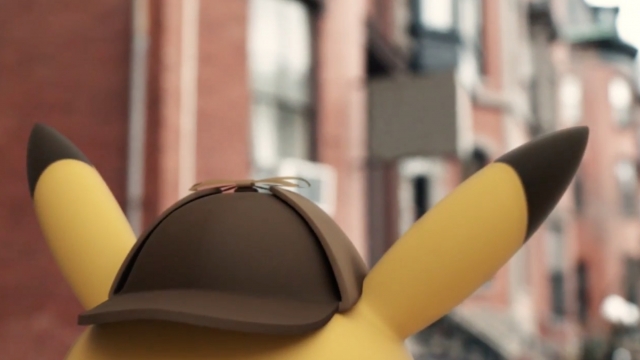 The Pokémon Company is releasing a downloadable 3DS game in Japan about the adventures of a smooth-talking Pikachu detective. What?

OK, did April Fools' get moved up this year? Because this "Detective Pikachu" trailer still doesn't seem like a real thing.

Yes, The Pokémon Company is getting pretty ambitious to celebrate the 20th anniversary of "Pokémon Red" and "Pokémon Blue's" first release. There's already a Pokémon fighting game and a Pokémon augmented reality game slated for release this year.

Now, the company is adding to that roster with some sort of Sherlock Holmes / Pokémon crossover. The game is coming out on the 3DS digital store in Japan for about $12.50.

We've known there was some sort of detective Pokémon game in the works since an NHK program teased it three years ago during a profile of The Pokémon Company's CEO.

But now that there's a full-length gritty trailer, we have a few concerns. Most of them revolve around Pikachu's voice. (Video via Nintendo)

Traditionally, Pikachu's high-pitched squeaks and squeals have been limited to its name. Not only has Pika-Holmes learned to talk somehow, it sounds like he's been hitting the whiskey and cigarettes a bit too much. Is this still a kid's game? (Video via IGN)

The game goes up for sale on Feb. 3 in Japan. No word on an American release but come on: This thing would print money over here.

Video games can reach a vastly broad audience. But deeply-rooted mechanics and stereotypes can still create a barrier to entry for some players.