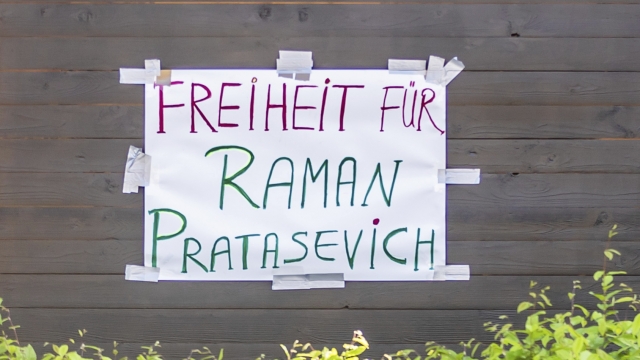 Raman Protasevich's father believes his son's confessions was forced after he appeared with either bruising or some sort of mark on his face.

The father of a detained Belarusian journalist is speaking out after his son's arrest.

It appears to show either bruising or a mark on his face and his father believes the statement was forced.

The authoritarian leader of Belarus is accused of hijacking a passenger plane to arrest the journalist.